After the massive success of the Civil Academy and the Intellectual Home Defence Symposium series, the Civil Union has started a new series of presentations, with the inaugural event held on 29 September 2016 at Saint Margaret High School.

The opening lecture will provide the public with an experience that not only discusses the situation of the Hungarian public regarding the various topics, but also offers an international outlook thanks to our Bavarian guests.

In his opening remarks, László Csizmadia, the Chairman of CÖF-CÖKA, discussed the importance of civilians within society and the significance of their level of activity. The EU should be based on the mutual interests of an alliance of nation states and it should also protect society with its Christian values. Since this spring, the CÖF has visited 135 venues to discuss the issue of migration. Lecturers not only gave speeches but also listened to their audiences and made note of the population’s opinions. Fear was encountered the most often.

Dr. Bence Rétvári, State Secretary for the Ministry of Human Capacities, talked about his views on the relationship between the Hungarian government and civilians. Regarding democratic representation, he explained that the work of elected representatives to represent the interests of their constituents against the EU majority is not always a grateful task: the results are contempt, angry rhetoric, and threats. The leaders in Brussels not only don’t want to be able to hear the voice of the people, they don’t even want the people to know what the current situation is.

The keynote speaker was Thomas Habermann, the parliamentary representative for the CSU (Christian Social Union in Bavaria) and the President in Rhön-Grabfeld. The Representative discussed the life of Bavarian citizens in detail, noting that it is important for a politician to hear the voice of the people from the people, which provides an opportunity to create a direct connection with constituents and as wide a scope of citizens as possible. He stressed that what is needed is not to analyse the crisis, but to seek out actual solutions. Not only is the crisis a burden in itself, it draws energy away from other problems to be solved. Since society is built on Christian values, everyone has to respect human dignity. That is why everyone who is truly in need can depend on Bavarian help. The Bavarian State was responsible for greeting the 10-30 thousand migrants who crossed into Bavaria from Austria every day. So when Angela Merkel said we’ll find a solution, that meant it was the Bavarians who had to do so. Mr. Habermann also noted that the issue of migration comes up daily in the Bavarian Parliament, since whatever Angela Merkel thinks up in Berlin, often without the authorization of the Parliament, affects Bavaria the most, as it is the most eastern of German states and is therefore the most affected by the migrant wave.

The protection of the constitutional state is important. Anyone who seeks asylum in Germany has to keep the laws of Germany. Bavarians reject multiculturalism. All countries have their own culture. If they don’t care for it and protect it, they will lose their identities. Bavaria intends to introduce an upper limit to the number of migrants they can accept, as that is the only way to guarantee social stability. The Bavarian representative said the Hungarian government sets an example in providing strong protection for the people by way of the referendum. He also noted that during its thousand-year history, Hungary has been one of the strongholds of Christian defence against the influx of peoples from the east, protecting not only Hungary, but all of Western Europe.

Europe is now facing a crisis that the individual countries cannot solve on their own. That includes Germany and France. And it also includes the Visegrád 4. The only way to solve this crisis is if all nations come to a consensus as equal partners.

At the end of the event, László Őry, the Chairman of the Kárpátaljai Magyar Kulturális Egyesület [Association for Hungarian Culture in the Zakarpattia Oblast] presented the his biography of Dr. Franz Szabad, a medical professor. The book deals with the family history and the main station of the Professor’s life, who lived in Bavaria and was of Hungarian origin.

The night was closed with the words of Franz Szabad. 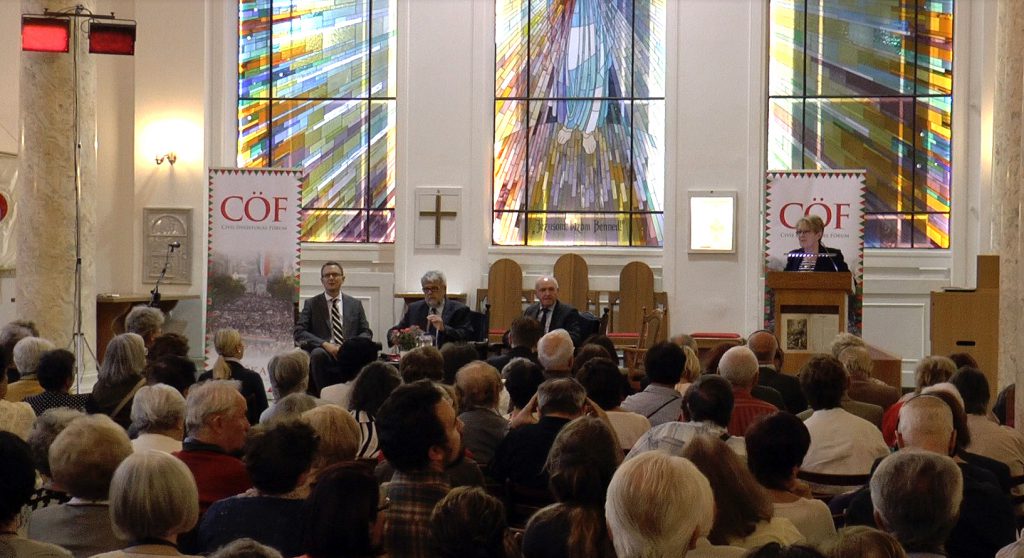 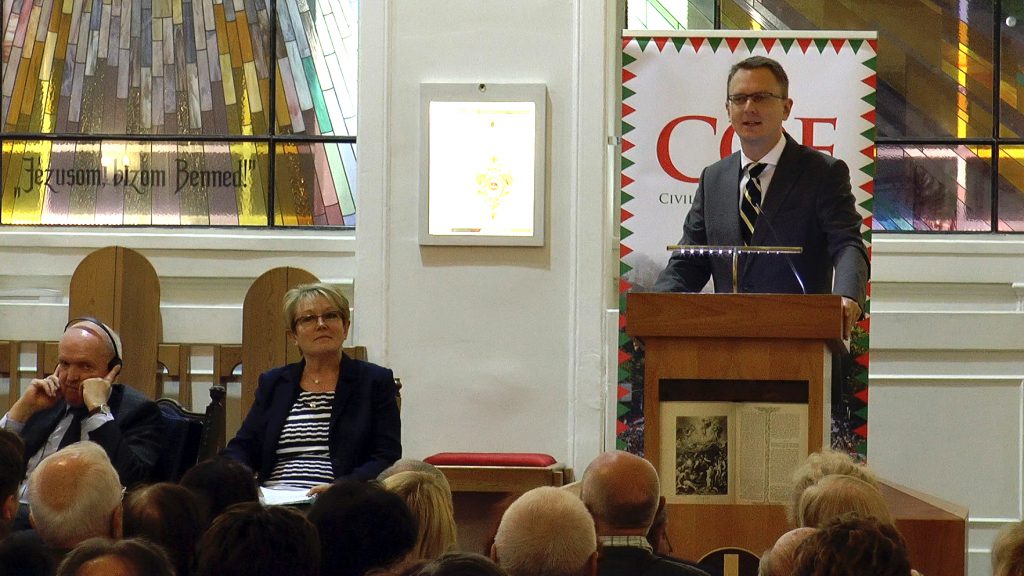 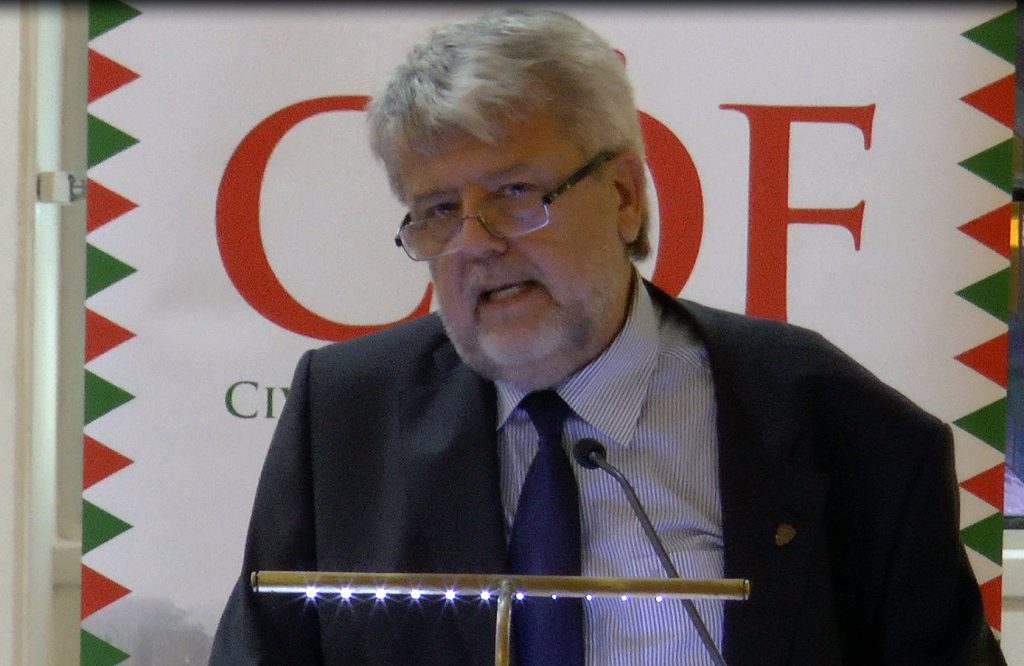 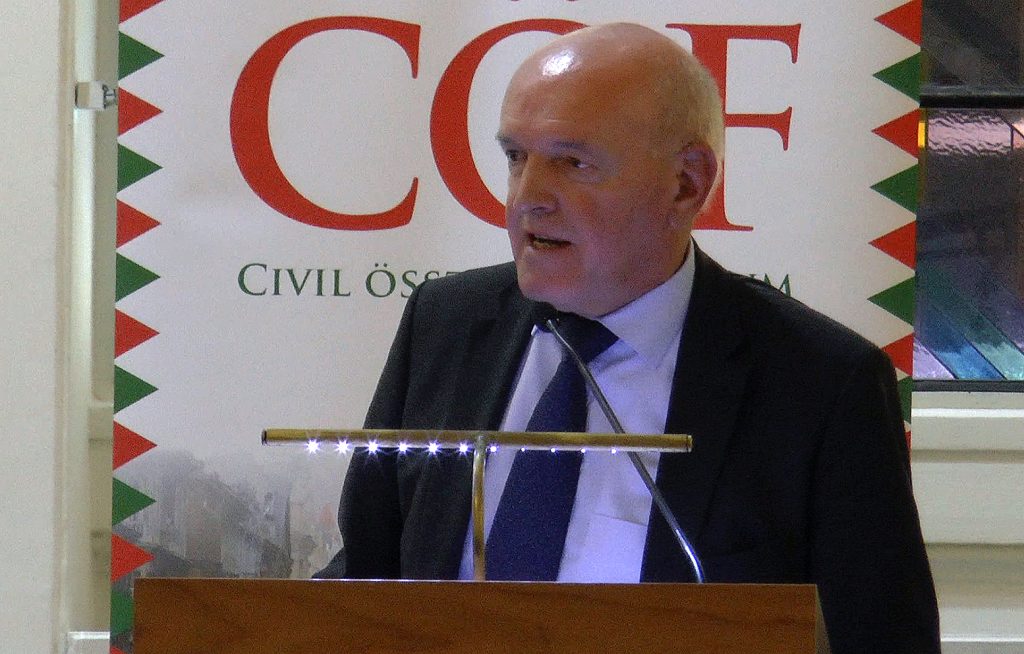 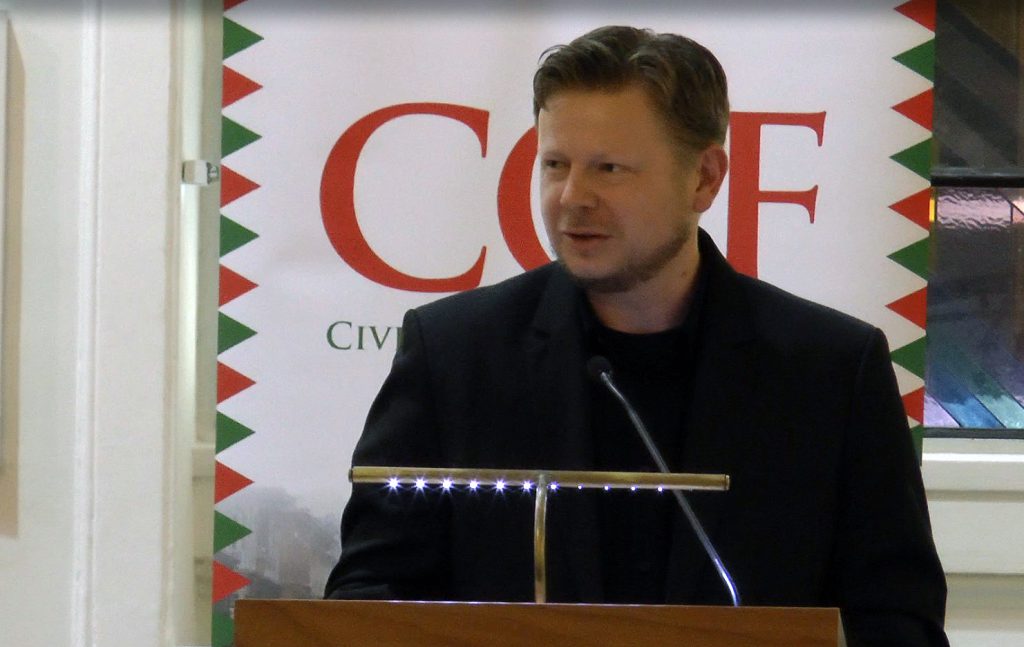 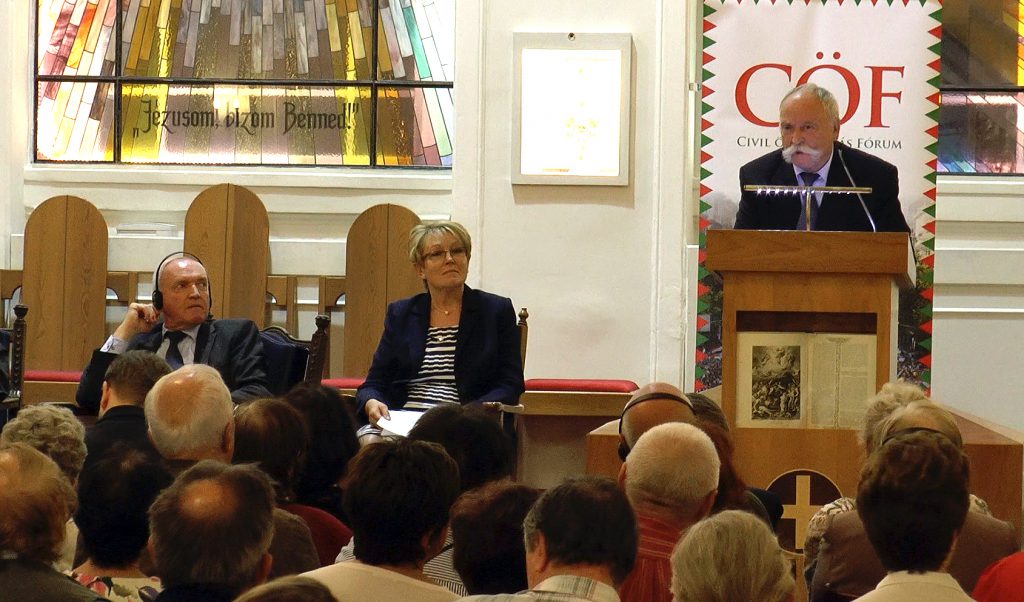